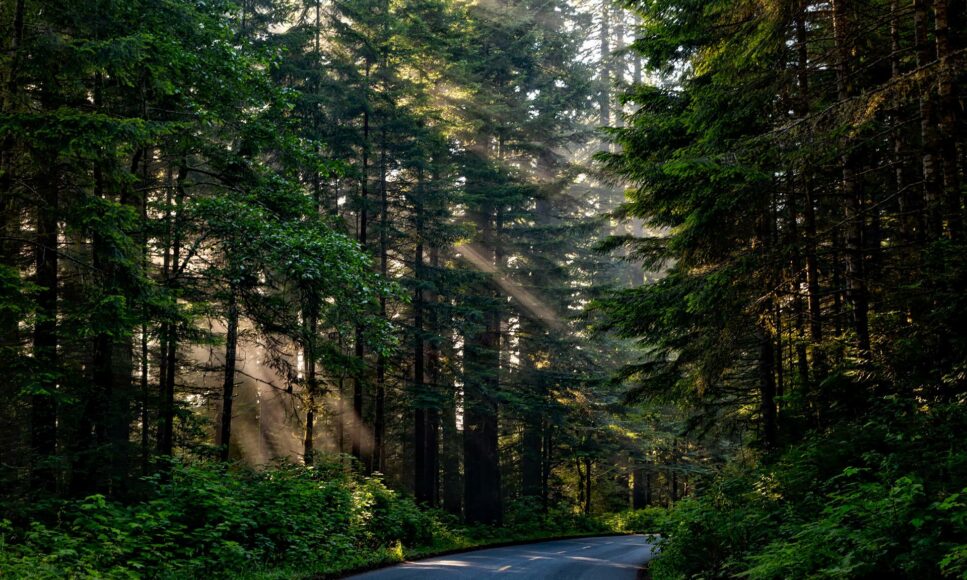 Climate change is the long-term shift in temperatures and weather patterns, often resulting in more frequent and severe weather events. While these shifts can have a major impact on the planet’s forests, the forests can also have a major impact on climate change. Forests function as a “carbon sink”, removing carbon from the air as they grow, storing the carbon in their wood, the soil or other plant matter. Trees remove carbon dioxide (CO2), a major greenhouse gas, from the air and return the oxygen. According to a 2021 World Research Institute study, since 2000, forests have removed approximately 2 billion metric tons of carbon from the atmosphere.

The careful management of forests can help to absorb some of the carbon in our atmosphere. Cutting down or burning trees releases the carbon into the atmosphere and prevents any future absorption. To prevent the release, it is important to not only plant new tress, but to manage the number of trees cut down.

Climate change can also have a major impact on forests. Changing temperatures and annual rain fall can affect the geographic range that certain tree species are able to grow. Also, it means the diversity of forests will be decreased, only species resilient to the changes in climate will be able to survive. The shift in climate can also alter the frequency of the forest disturbances like fires, insect outbreaks, and invasive species. Warm weather seasons in northern climates extending longer, and reaching higher temperatures, will allow insect pests and invasive species to move into ecosystems previously inaccessible due to weather. The high temperatures and extended droughts are major contributing factors to wildfires in the western United States.