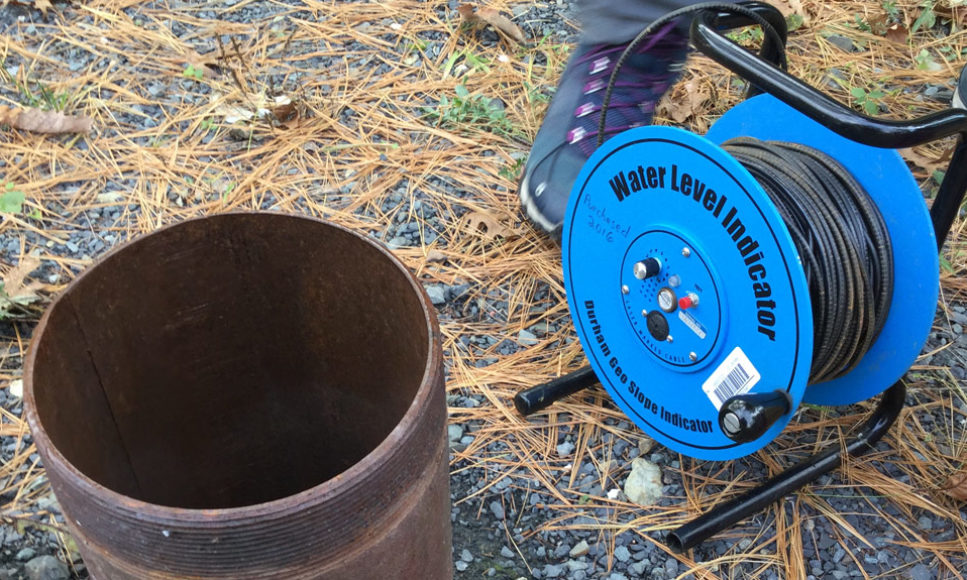 Over the course of two days at the beginning of each month, Rachel Posavetz visits 21 wells in Pike County to test their water levels. Rachel is PCCD’s Watershed Specialist, and her job is to coordinate our efforts in watershed stewardship. This includes monitoring surface water quality, participating in the Pocono Sourcewater Protection Collaborative, and monitoring ground water levels through well testing.

What is a Watershed? 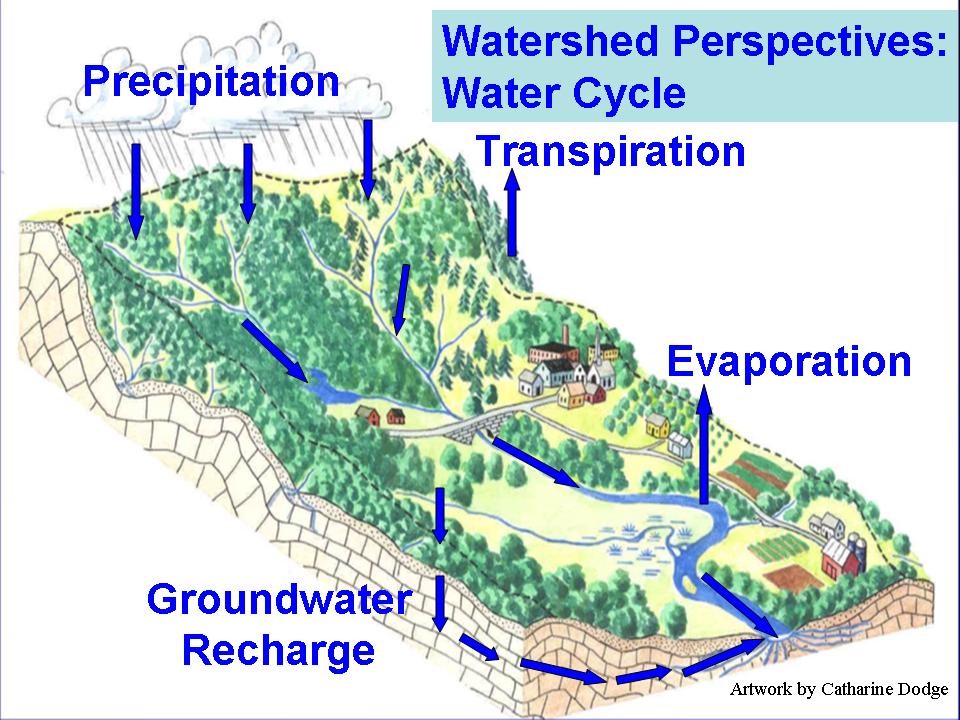 A watershed is a land area that channels rainfall and snowmelt to any water body, including wetlands, ponds and lakes, it is then channeled to larger bodies of water through creeks, streams, and rivers. Eventually, the water is collected in a common point such as a larger river, reservoir, bay or ocean. An illustration of how a watershed works can be seen here:

However, a watershed is not just made up of what you can see. An important component of a watershed is the water that moves underground, and is recharged by water infiltrating into the soil. You can see how the water moves through a watershed underground in the hyperlapse video below, the blue dye represents precipitation.

The effect that a weather event has on groundwater isn’t always immediately apparent. If the groundwater area is large, a weather event’s effect can take a long time to become evident in all places, or in the particular wells we are testing. If the event has caused the water table to drop, the amount of time it will take to replenish, or recharge, can vary and possibly take many, many years. This time frame is referred to as the groundwater recharge time.

What does this have to do with wells?

The water table is massively important to people, because our wells tap into it. If the water table falls below a depth that a well reaches, then the well will be unable to draw water up into the building, rendering it useless, until the groundwater is recharged.

Water tables can also fluctuate according to human use. This means that more wells actively drawing water from the same ground water source can have a detrimental effect on the water table. And due to the varying groundwater recharge time mentioned above, the amount of time it can take to replenish people’s wells can be extensive. It is because of this effect human populations can have on the ground water, that the United States Geological Survey (USGS) instituted its groundwater monitoring program in 2007 in Pike County.

During the period of 1990-2000, according to the U.S. Census, Pike County experienced the largest relative population growth of any Pennsylvania county. In the period from 2000-2010 the population of Pike County increased by 24 percent according to the U.S. Census. Due to these population increases, the challenge of maintaining ground water quality and quantity became of utmost importance to county officials. To monitor the baseline of where our water table is, the USGS and PCCD need to collect reliable, consistent data on ground water levels.

What does well testing mean?

The process of checking each well’s groundwater level is quick and tidy. When Rachel arrives at a well, she removes the cover of the well first. She then unspools her probe, which looks like a metal pen on a long wire, down into the well.

When the tip of the probe touches the surface of the water it sets off an alarm on the blue, wire spool. This signals to Rachel that she should stop unraveling the wire and check where the wire stopped. The length of the wire is marked with measurements. The marking

that is level with the lip of the well tells her the water level. After recording this information on a data sheet, Rachel cleans the probe with a bleach solution to keep all the wells nice and clean!

As you use water in your day to day life, it is important to remember “we all live downstream.” This is a phrase that can remind us that we are all connected to each other through our water, and that all of our actions effect the water of those around us. It is the responsibility of each of us to care for our watershed and our water resources.

If you have questions about watersheds, well testing, or how you can be a better watershed steward, connect with us on Facebook or Instagram!