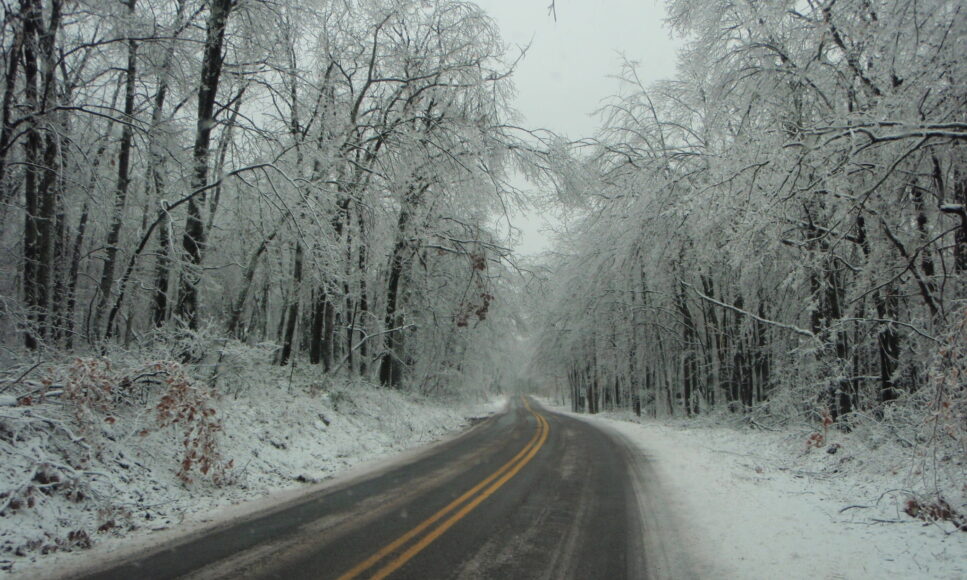 Winter brings snow, and snow brings road salt. This has become our modern-day reality, but few give thought to the next relation: that road salt brings saltier freshwater. As road salt dissolves into melting snow and ice, it is carried wherever this now liquid form of water travels, whether to the nearest waterbody, or into the soil.

Road salt works by dissolving into the fine liquid water layer on the surface of snow or ice, and then lowering the freezing point of the dissolved water solution which keeps surrounding water in a liquid state until it can evaporate or run off hard surfaces. The most used deicing salts are sodium chloride (NaCl), magnesium chloride (MgCl) and calcium chloride (CaCl).

Salty Freshwater is a Bigger Problem Than You Might Realize

Snow melt contributes 10-25% of the water in PA streams and groundwater each year. Runoff containing sodium (Na) reacts with minerals and heavy metals in soil and on roads, making them more mobile and then carried to waterways. This can also absorb into soil and eventually make its way into groundwater. 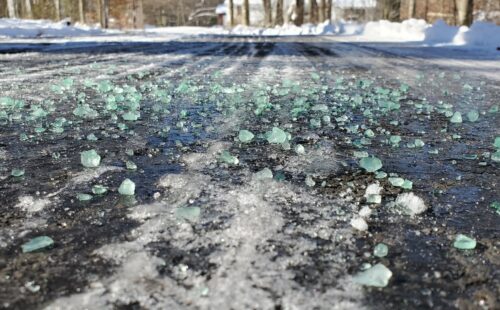 Salt can be toxic to freshwater organisms such as fish and macroinvertebrates. Many factors influence how salt affects freshwater aquatic life. Toxicity increases with longer exposure times, warmer temperatures, and water softness. Impacts to aquatic life can range from loss of functions to death of an entire local population. Each species responds differently depending on its level of sensitivity to salt & other toxins that may come with it.

impacts of road salt runoff include damaged vegetation, the corrosion of infrastructure such as roads and bridges, and increased rust on vehicles.

Unfortunately, the issue of salt contamination is worsening each year because the increasing accumulation is continually increasing the concentration of salt in surface water and groundwater yet has not been prioritized for reduced use compared to other water pollutants. Annual road salt use nationally has increased by 15 million tons since the 1940’s. Sodium and chloride ion concentrations in the Schuylkill River (Southeast PA) doubled from the 1970’s to 2000 (3). The demand for road salt use may increase further if climate change brings more intense snowstorms.

Reduce Salt Use and Salt Waste

While road salt keeps the roads safe and the economy moving, there are practices that can be incorporated at home, at businesses and at the municipal level:

Speak up and spread the knowledge! One PA resident was able to get their municipality’s salt trucks to turn off the salt spreaders when stopped at intersections. Get involved in the Winter Salt Watch Program. The Izaak Walton League of America will send out free water test kits and volunteers can upload their data to the national database designed to track whether your waterbody has healthy salt levels (2). 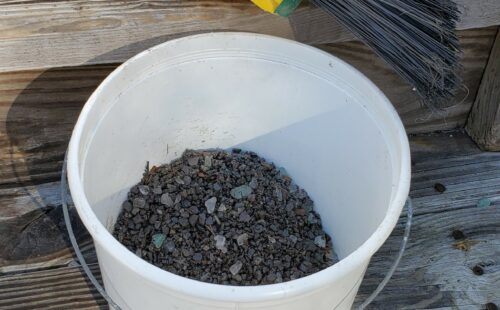 Private owners have real impacts with their choices. One study in PA showed elevated salt levels in a river directly after a storm in which deicing salts were only applied at private homes and businesses (3).

MgCl lowers the freezing point more than NaCl, but is more toxic, while CaCl may be less stressful on fish health. Some de-icing products have additives that are also toxic.

Some states have begun smart salt use training for department of transportation workers, have budgeted to update snow removal equipment, and pledge to reduce their road salt use by 20-40% (3).

Researchers consider salt to be an emerging contaminant, meaning that more studies are needed to know the full scope of how road salt is impacting systems, and which levels of use reduction are enough to keep our water systems healthy and our drinking water safe.

Learn more about these topics in these Educational References: