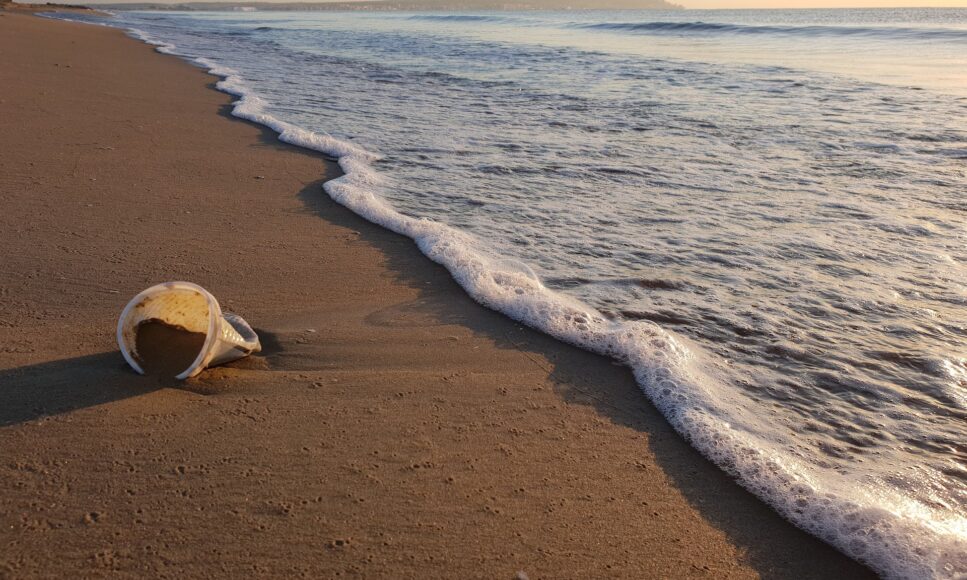 For a long time, it has been known that plastics are bad for the environment in a myriad of ways. This includes litter on the side of the road, the fossil fuels used to produce plastic, and the proliferation of microplastics in our water (click here to read about microplastics in Pike County). A 2018 study has further linked plastics to environmental damage, specifically to climate change. Microplastics are very small pieces of plastic (5mm or less) that may or may not be seen with the naked eye. Plastics in the environment never really go away, but they can get weathered and break down until they become microplastics. Recent studies have revealed that the connection between microplastics and climate change is deeper than originally thought.

As plastics break down from sunlight, and later become microplastics, they emit powerful greenhouse gases, specifically methane and ethylene. Methane is 36 times more potent than CO2 in producing greenhouse effects, which directly contribute to climate change. It is thought that 99% of the plastics in the ocean are microplastics and that degradation of the plastics on the ocean’s surface alone has been estimated to release 76 metric tons of methane annually.

Microplastics in the ocean can also have a negative effect on the ocean’s natural climate mitigation potential. The oceans absorb a significant amount of greenhouse gases from the atmosphere, as much as 40% of all human-produced CO2 since the beginning of the industrial era. This function is performed by microscopic plants and animals. These tiny creatures capture carbon while at the surface of the ocean, keep it, and prevent it re-entering the atmosphere. It has been suggested by laboratory studies that the plants (phytoplankton) contaminated with microplastics are less able to absorb carbon from the atmosphere when they perform photosynthesis. The microscopic animals (zooplankton) are also negatively affected by microplastic contamination, showing lower metabolic rates, reproductive success, and survival rates. The negative effects on ocean life, and the greenhouse gases produced as plastics break down into microplastics, prove that plastic is not just bad for the environment, but also contribute significantly to climate change.