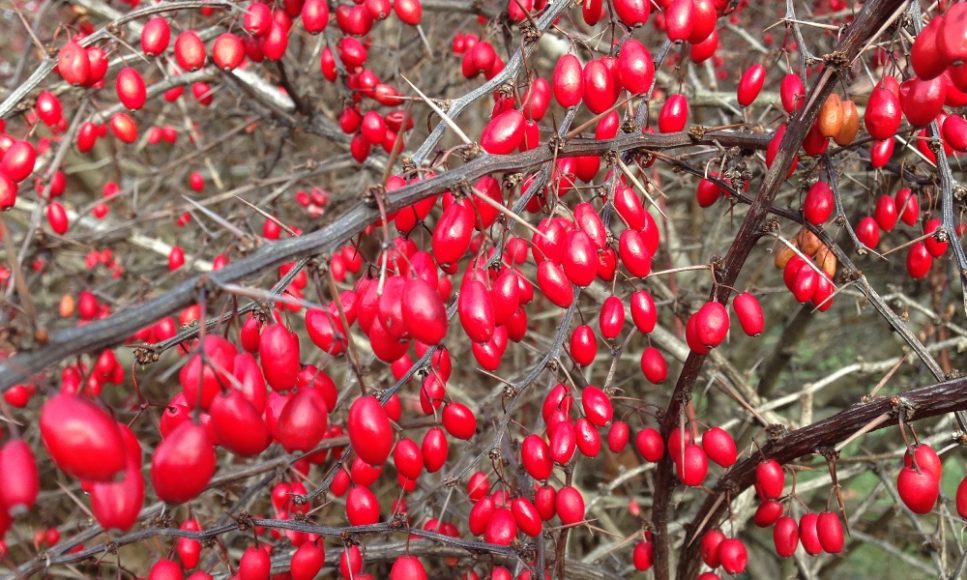 Over the past several years, much has been written about non-native invasive organisms. By definition, a non-native organism is considered such, if it is found in an ecosystem where it did not evolve. However, only approximately 5% of non-native species that have been introduced into our country are considered to be invasive. Unfortunately, no system is in place to effectively screen for potential invasiveness which can vary by region.

Here in NE PA, we have several plants that are disrupting our natural forests and waterways. Japanese Stilt Grass, Japanese Barberry and Japanese Knotweed are some of our most troublesome. 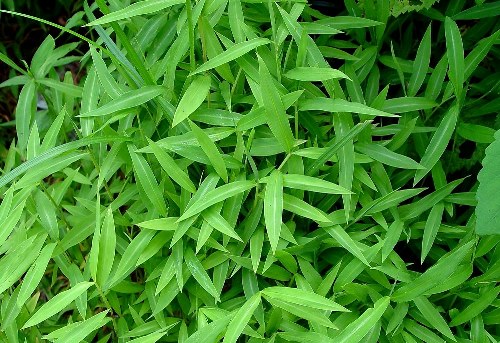 Japanese Stilt Grass (Microstegium vimineum)
This is an annual grass that grows 1-3inches in height, with a sprawling, mat like habit which resembles a small bamboo. Leaves are narrow and lance-shaped with a distinctive silvery stripe on the upper leaf surface; seed heads appear in summer. Japanese stilt grass will grow in a variety of habitats from woodlands to wetlands to open fields, sun or shade. It readily invades disturbed areas. Japanese stilt grass produces 100-1000 seeds per plant that remain viable in the soil for 5 years or more. Seed can be transported via equipment, fill-soil, mud-caked footwear, or transported by water.

Japanese Stilt grass can quickly crowd out native species resulting in changes in nutrient cycling, tree growth and survival. Deer find it highly unpalatable which may result in heavier browsing on other species. Alternative: Keep a dense turf or other groundcover. Remove immediately any seedlings noticed. 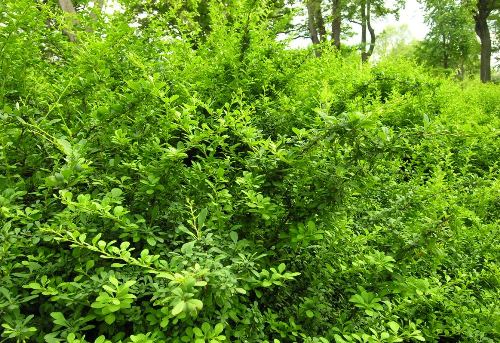 Japanese Barberry (Berberis thunbergii)
This non–native was introduced in the late 1800’s from Asia for ornamental use. This deciduous shrub with a thick mass of fibrous roots may reach 10’ in height with widely arching stems. Simple, alternate finely serrated leaves with yellow flowers that occur in clusters, Barberry is one of the first shrubs to leaf out in spring. Abundant seeds are produced yearly with germination rates of approximately 80%. Barberry establishes best in shady conditions with seeds buried at shallow depths. It also reproduces through rhizomes and stem tip rooting. Shade tolerant and drought resistant, barberry forms dense stands in forests, open woodlands, wetlands and meadows displacing native flora and fauna. It has been found to alter the pH and biological activity of soil and provides a nursery for ticks. Alternatives:  Fothergilla gardenia (Witch Alder), Ceonothus americanus (New Jersey Tea), Itea virginica (Virginia Sweetspire), and Diervilla lonicera (Bush Honeysuckle) Note: all are deer resistant. 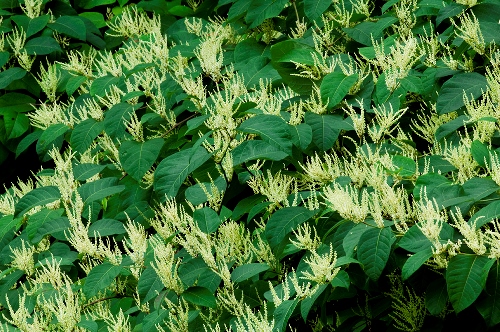 Japanese Knotweed (Fallopia japonica)
Japanese knotweed or Japanese bamboo, is native to Eastern Asia and is a member of the buckwheat family. It was introduced in the late 1800’s as an ornamental and for erosion control. This upright, shrub- like, herbaceous perennial forms large, dense colonies that can grow to over 10’ in height. The stems are smooth, stout and swollen at the joints where the leaf meets the stem. Leaves are approximately 6” long and 3” to 4” wide and broadly oval. Minute greenish-white flowers occur in branched sprays in late August followed by small winged fruit. Japanese knotweed tolerates deep shade, high humidity and drought. It can be found anywhere and is most prevalent along waterways, low-lying areas, utility right-of-ways and disturbed areas pushing out native species. It spreads by seed and vegetative means and can be transported to new locations in fill-dirt, soil caked on shoes and through waterways. Japanese knotweed is extremely difficult to control due to its ability to reproduce especially if allowed to establish a colony. Alternatives: Aruncus dioicus (Goatsbeard), Holodiscus discolor (Ocean Spray), and Persicaria polymorpha (Giant Fleeceflower).

All three of these non-native invasive species are found throughout Pike County. Many may have been established on construction sites before projects began and may be moved around through soil disturbance. Fill dirt may unknowingly be contaminated with seed or pieces of roots that will invade a site if given the proper conditions for establishment. Invasive species may inadvertently be used for landscaping a project which could result in the invasive overtaking the other plantings. The use of native species will provide a beautiful landscape, as well as food and shelter for our resident birds, butterflies and other pollinators.